After a dismal period under Wayne Pivac, Wales have called on Warren Gatland to return in the hope of a spike in performances and results. Will it work?

Two of Wales’ last three Six Nations campaigns have seen them finish fifth. In 2022, they suffered nine defeats from 12 fixtures, five of which came at home and included history-making losses to Italy and Georgia in the Welsh capital.

With an ageing squad, which lacked bite and threat, Pivac was leading Wales nowhere fast, and in the end the WRU could stand no more, sacking him after an autumn in which Wales lost to New Zealand, Georgia and Australia.

Gatland, Wales head coach for 12 years between 2007 and 2019, is the man charged with coming in and turning it all around, with the 2023 Rugby World Cup in France now just eight months away.

The Welsh public have been excited by the change, with a level of belief and confidence returning, but will it translate to improvements on the field?

Like with England, a lot has changed at Wales. Gatland has replaced Pivac in the top job, while two coaches have departed, and two have remained.

Gatland then completed his coaching staff with Alex King and Mike Forshaw appointed as attack coach and defence coach respectively.

Former England player King joins following his most recent coaching role at Gloucester, having previously worked at Montpellier, Northampton and Clermont. He also had a brief stint with Wales as attack coach in 2017, while Gatland was away on British and Irish Lions duty.

Former rugby league player Forshaw joins from his role as defence coach at Sale Sharks, where he worked since 2013, and arrives highly recommended. He will look to make the same sort of impact fellow ex-rugby league men Shaun Edwards, Andy Farrell and Kevin Sinfield have done to rugby union defences.

In terms of the playing staff, Gatland has chosen hooker Ken Owens as skipper, while also naming Alun Wyn Jones and Dan Biggar in the squad.

Prior to the Gatland appointment, there was very little at all in the way of positives within Welsh rugby. The removal of Pivac and the return of Gatland does seem to have brought an uplifting effect.

The is also a sense that, for Wales, the only way is up. And Gatland regularly succeeds with Wales previously when backs were against the wall and little was expected. 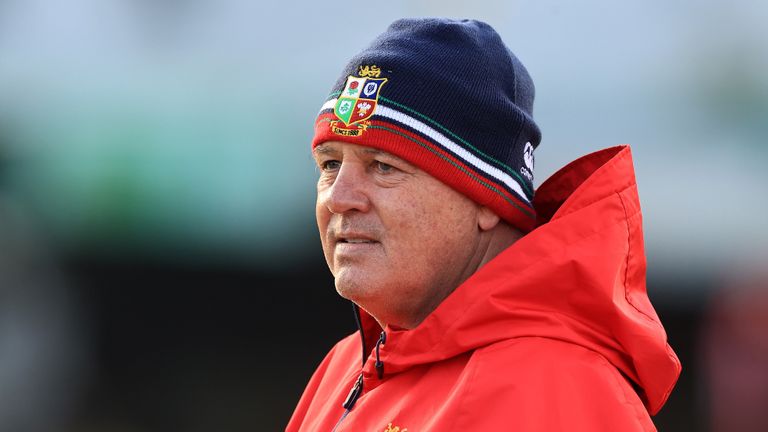 In 2008, he led Wales to a totally unexpected Grand Slam in his first year in charge, a year on from a fifth-placed Six Nations finish and Rugby World Cup in which they were eliminated in the pool stages after defeats to Australia and Fiji.

In 2012, he did the same as Wales won unlikely victories in Dublin and at Twickenham en route, while 2019 brought a third Grand Slam under Gatland, again out of nowhere.

Add in World Cup semi-final appearances in 2011 and 2019, plus qualification from the pool of death at the 2015 Rugby World Cup, including a memorable win over hosts England despite a wealth of injuries, and Gatland has a track record of achieving the unexpected. It’s for that precise reason Wales fans are believing again.

Another positive is the form of the Ospreys. The regions have been near on diabolical in recent seasons, but this year the Ospreys have picked up landmark Heineken Champions Cup victories at Montpellier and Leicester Tigers, as well as beating the French outfit at home to book a Round of 16 spot.

Fifteen Ospreys players, no doubt filled with a morale boost, have made the Wales squad.

Lastly, the appointment of Forshaw could turn out to be superb, albeit we may not see his impact in this championship, such is his lack of prep time. 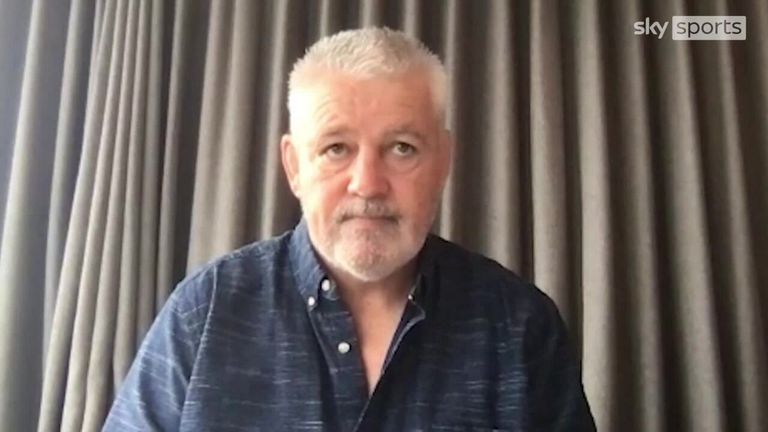 Wales remain underpowered in the forwards, and when up against teams such as France, England and Ireland, it will likely be hard to compete in the power stakes within contact or at the set-piece.

Key players are also beyond their peak years. Owens is 36 yet still Wales’ best hooker, second row Jones is now 37, while back-row Justin Tipuric is 33, fly-half Dan Biggar is 33, and full-back Leigh Halfpenny is 34.

Wing Louis Rees-Zammit, one of Wales’ biggest talents and someone who has made a return to form over the last year, injured his ankle playing for Gloucester against Leicester on Christmas Eve, and is unlikely to be fit for the start of the Six Nations.

Monday – the same day as the official Six Nations launch – also brought revelations the WRU was facing sexism and discrimination allegations, tarnishing the name of the whole organisation on the eve of the championship.

Indeed, a number of ex-Welsh Rugby Union employees have taken part in an investigation by BBC Wales making accusations about their time at the governing body, while MP and former Wales international Tonia Antoniazzi has expressed “great concerns” over the women’s game in the country.

Indeed, she likened the evidence to the racism scandal which hit cricket following Azeem Rafiq’s allegations against Yorkshire.

Charlotte Wathan, general manager of women’s rugby until her resignation in February last year, claims offensive comments by a colleague left her in tears and feeling sick, while another unnamed contributor says she was left contemplating suicide by her experiences of bullying and sexism at work. Incidents of racism and homophobia are also alleged.

The WRU said an “amicable resolution” had been reached with Wathan “satisfying both parties” following an investigation by an external law firm. It said a confidentiality agreement between the parties prevented further details.

A spokesperson said: “The Welsh Rugby Union condemns the use of racist, homophobic or sexist language and states in the strongest possible terms that racism, homophobic, sexist or bullying behaviour has no place in Welsh rugby.”

Gatland’s response on Monday was both ill-advised and very disappointing given the details of the claim, publicly stating: “there’s always two sides to every story” among a wider response. An extremely poor look.

The WRU have since said they will undergo a review of their procedures. But there have been calls for CEO Steve Phillips to resign. 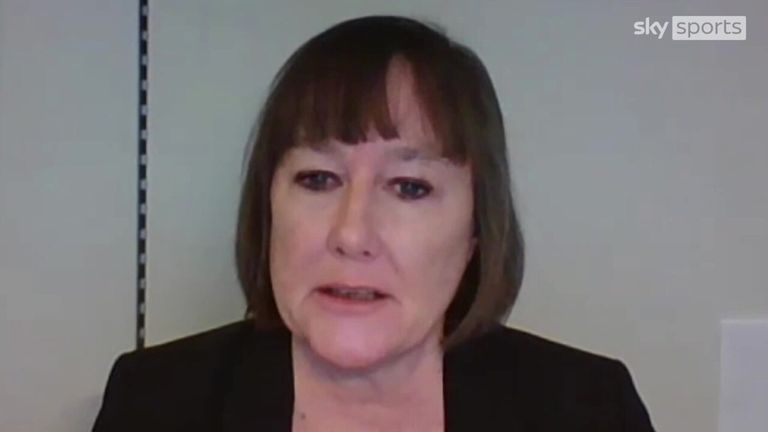 Shadow Secretary of State for Wales, Jo Stevens has called for an independent regulator to investigate the Welsh Rugby Union amid allegations of sexism

Shadow Secretary of State for Wales, Jo Stevens has called for an independent regulator to investigate the Welsh Rugby Union amid allegations of sexism 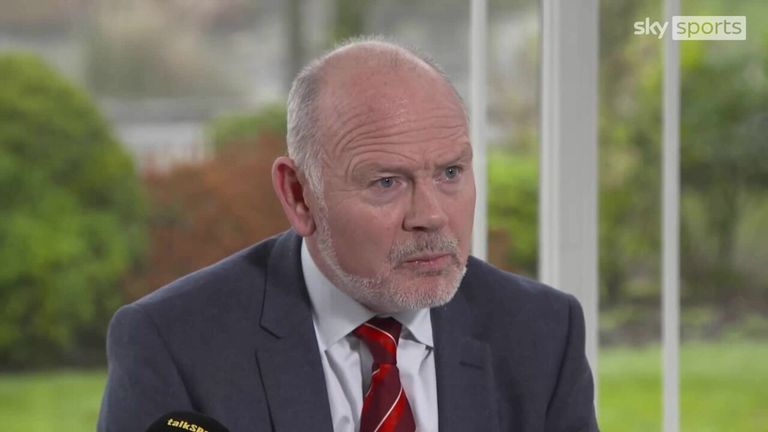 Welsh Rugby Union chief, Ieuan Evans says he will take steps to address the culture within the organisation

Welsh Rugby Union chief, Ieuan Evans says he will take steps to address the culture within the organisation

Jac Morgan. It may be a tad early and more of a one-to-look-out-for type pick, but the standout Wales player of the last six months has been 22-year-old back-row Morgan.

The physically imposing flanker was one of the only players to come out of the autumn with any credit for Wales, with his performances and try-scoring exploits superb.

The Osprey debuted for Wales in the 2022 Six Nations, in their only win vs Scotland, but was overlooked by Pivac for the summer tour to South Africa, which Wales lost 2-1.

Morgan’s displays at club level were such that he forced his way back into the set-up and the team during November, scoring four tries over the month, as he showed off his power, energy and promise.

Gatland, working as a pundit in the media during the Test window, dubbed Morgan a “one-man wrecking machine.”

Voted Wales Player of the Year for 2022 by the Welsh public in early January, Morgan looks likely to be an important player for the side now, and for years to come.