Leicester are interested in signing Leeds winger Jack Harrison as they continue their push to bring in a wide attacking player before Tuesday’s transfer deadline.

However, Leeds do not want to sell Harrison with one source telling Sky Sports News that the club would also be reluctant to let him leave to a relegation rival with both sides sitting a point above the bottom three.

Newcastle have made an approach for Harrison in the past, but it is thought the 26-year-old currently has no aspirations to leave Elland Road.

Harrison has less than 18 months left on his current deal, but boss Jesse Marsch has made it clear he is keen for that contract to be extended. 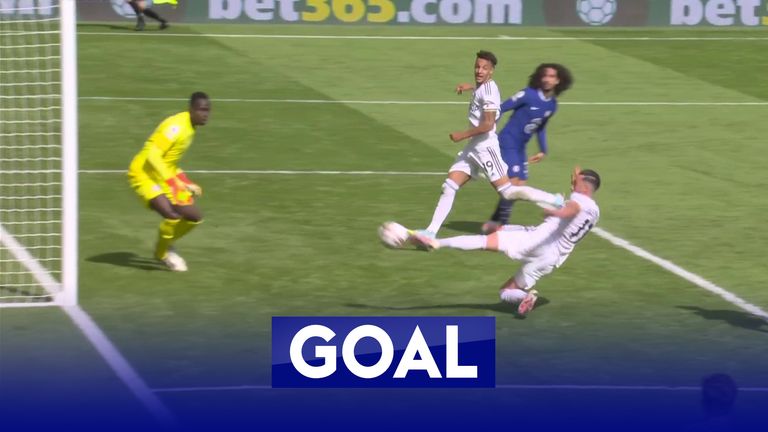 Nevertheless, Harrison’s strong left foot and impressive work rate are two key characteristics that Brendan Rodgers is looking for in a winger.

Sky Sports News reported on Tuesday that Leicester have discussed the possibility of a deal for Shakhtar Donetsk winger Tete, who is currently on loan at Lyon, and who would likely cost half as much as Harrison.

Leicester forward Ayoze Perez has at least two European clubs interested in signing him, Sky Sports News has been told.

Leicester may be prepared to let him leave if they can bring in a new right winger during the last week of the transfer window.

Perez has scored once and started just three Premier League games this season although two of those starts have been since Christmas, with Leicester in the midst of an injury crisis.

The Spaniard’s contract expires in the summer and so he is free to talk to other clubs. Sky Sports News has been told Leicester would be prepared to let him leave now for a moderate fee, so long as they have a ready-made replacement.

Who will be on the move this winter? The January transfer window opens on Sunday January 1, 2023 and closes at 11pm on Tuesday January 31, 2023.

Keep up to date with all the latest transfer news and rumours in our dedicated Transfer Centre blog on Sky Sports’ digital platforms. You can also catch up with the ins, outs and analysis on Sky Sports News.