Dion Charles scored the winner but was later mistakenly sent-off as promotion chasing Bolton beat bottom of the table Forest Green 1-0 in Sky Bet League One.

Top scorer Charles fired Ian Evatt’s side into a sixth-minute lead with his 13th goal of the season as Wanderers sought to bounce straight back from the defeat at Derby.

However, the home side then had to play with 10 men after a 28th minute flashpoint which saw Charles erroneously red-carded for violent conduct by West Yorkshire official Tom Nield.

Replays clearly showed team-mate Elias Kachunga had lashed out at Rovers’ defender Brandon Cooper, an incident which was soon trending on social media. 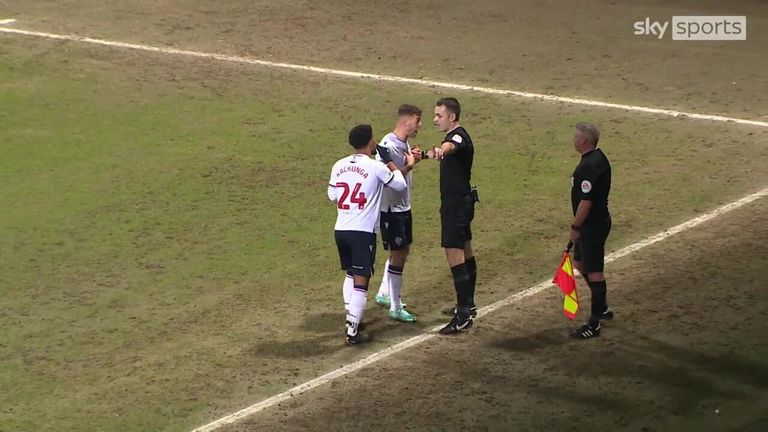 Dion Charles was sent off for Bolton in their League One clash against Forest Green Rovers, however, it was teammate Elias Kachunga who appeared to strike an opposing player.

Despite Bolton protests, and after a lengthy delay, Charles eventually left the pitch, although the red card may be overturned on appeal.

Rovers won the reverse fixture 1-0 last October but struggled to make the most of their numerical advantage.

Bolton stay fifth in the table, with Forest Green rooted to the foot of the division.