Referees at next month’s Club World Cup will communicate decisions taken after VAR reviews to the crowd as part of a new trial.

One of the great frustrations around VAR, particularly among match-going fans, has been the lack of communication around how a decision has been reached.

The game’s lawmaking body the International Football Association Board approved a trial at its annual business meeting at Wembley on Wednesday that seeks to tackle the issue.

If the initial trial is a success, it could be rolled out to other FIFA competitions later in the year including the Women’s World Cup.

IFAB board member Mark Bullingham, the chief executive of the Football Association, said: “We think it’s important in terms of transparency, predominantly to the crowd in the stadium, who at the moment don’t get enough information as to what’s happening with a decision.”

Bullingham said conversations between the on-field referees and the VAR would remain private, but that the conclusion of that debate would be relayed to the crowds at the event in Morocco.

A decision has yet to be made over which language the updates at the Club World Cup will be given in, and over how they can be translated in real time into different languages.

IFAB ruled out a trial of a countdown clock to maximise playing time and reduce time-wasting in matches but said the approach taken by referees at the World Cup in Qatar last year to accurately calculate the time taken up by treatment of injuries, substitutions and goal celebrations would be rolled out as guidance to competitions around the world.

Bullingham was asked whether he felt in the long term this would lead to matches consistently lasting well over 100 minutes but said: “If players know that the time that they’re down will be added there’s less incentive for them to go down.”

Irish Football Association chief executive Patrick Nelson, who is also on the IFAB, said: “What was successful in the World Cup was a stricter calculation of the time that had gone missing during the game. So no need to change the laws of the game, just to remind people where the edges are.”

The IFAB also discussed the use of semi-automated offside technology at the tournament in Qatar, which was deemed to have been successful.

However, Bullingham said the next step now was for decisions to be made more quickly, for the illustrations to be generated more quickly and to increase the degree of automation in the years to come. 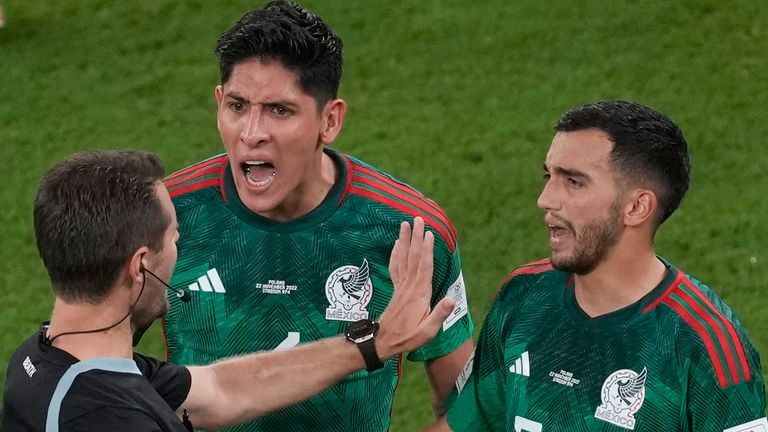 Jamie Carragher believes the increased stoppage time at the World Cup sends a message that time wasting will not be tolerated.

No temporary concussion substitutes in the Premier League next season

Meanwhile, a temporary concussion substitute trial in the Premier League next season has been rejected by the game’s lawmakers.

The possibility of a trial was discussed after a request from world players’ union FIFPRO and the World Leagues Forum to test the protocol in the Premier League, Ligue 1 and Major League Soccer.

However, Football Association chief executive Mark Bullingham, who supported the idea of a trial, said no consensus could be reached.

“There were very strong and very different views in the room, and we didn’t reach a consensus,” he said. “We agreed that it would remain under active review.” 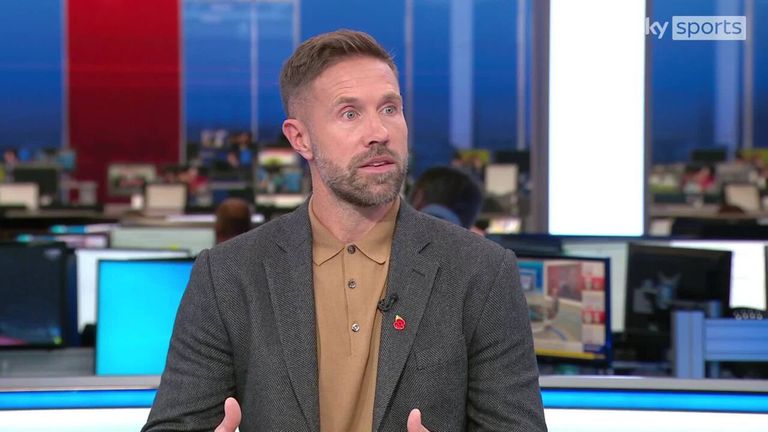 Matthew Upson says football’s approach to concussions should be the same across the board, arguing that every competition should use concussion substitutes. The rule is not currently used in UEFA competitions.

However, Bullingham conceded there was now no chance of a trial taking place in the next Premier League, Ligue 1 or MLS season. The focus, he said, was on improving the effective implementation of the permanent concussion substitute protocol.

The news will be a major blow to brain injury campaigners who believe the temporary concussion substitute approach would give the best protection to players.

“I tabled it a year ago, I tabled it again today. There are different points of view and they all have merit. I’m probably not the best person to give you both sides of the argument, but there won’t be IFAB support for a trial right now.”

The FA had been co-ordinating international efforts to get a temporary concussion trial approved and gathered together the other three UK football associations for a meeting on Monday, where it is understood a majority were united in support of a protocol being trialled.

However, the fact that no consensus could be reached indicates FIFA – the other constituent of IFAB – remains convinced that the permanent concussion substitution trial is the best approach.