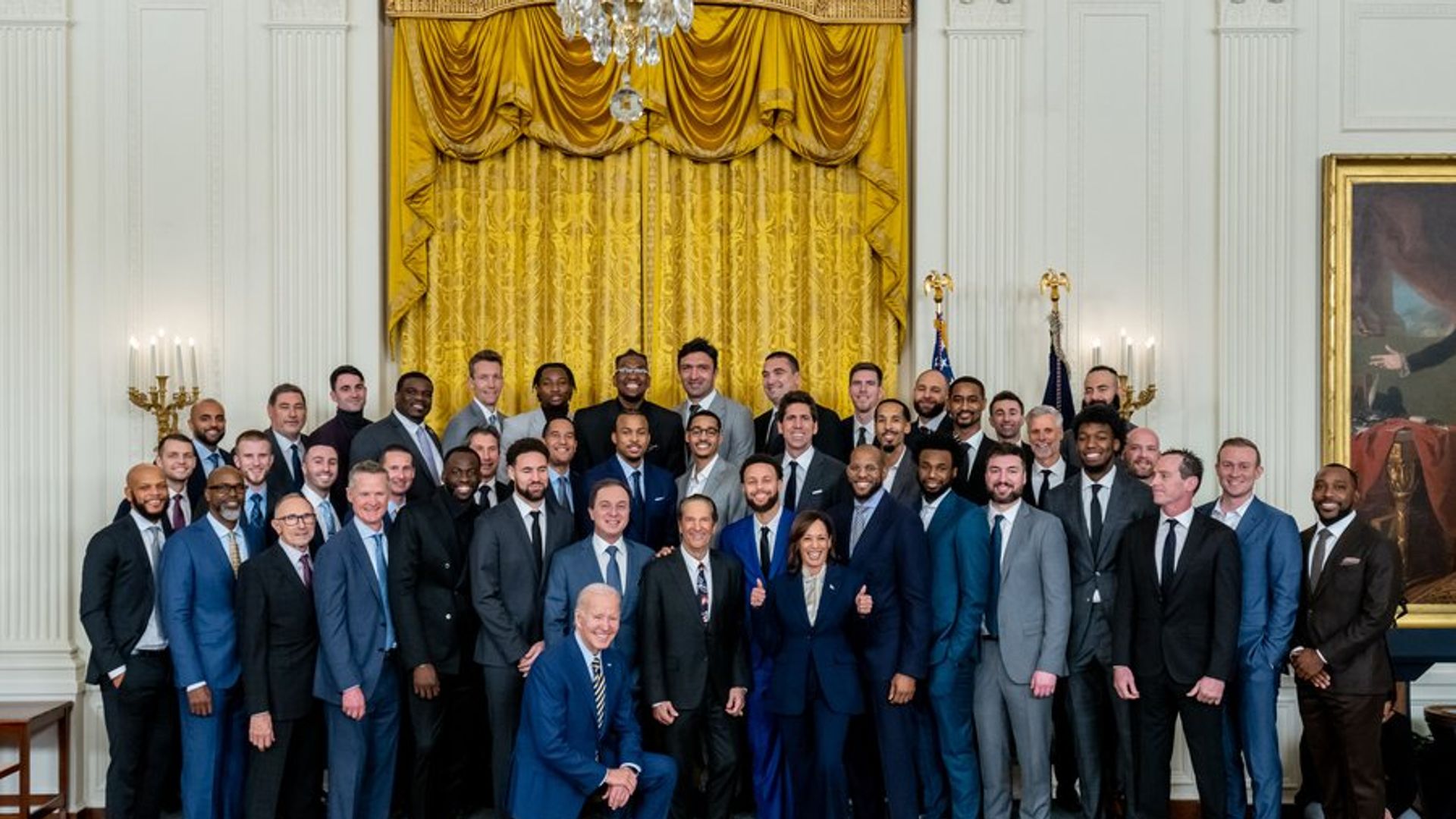 The Golden State Warriors returned to the White House as national champions on Tuesday – their first trip back since Barack Obama’s presidency, despite winning two championships while former president Donald Trump was in office.

Trump had made a show of publicly disinviting them after guard Stephen Curry had voted against going. President Biden, however, brought them back into the fold, saying: ‘The Golden State Warriors are always welcome in this White House’.

The president went on to commemorate the Warriors’ skill and determination to have acquired four titles in their stretch of dominance atop the NBA Western Conference and beyond.

‘The Warriors with their style of play, are in constant motion, with individual freedom and personality that comes together as one team, a team that plays with joy, with drive to be their best.”

He joked “fellas, I know what it feels like”, when talking about the doubts and hardships the Dubs had struggled with.

Vice-president Kamala Harris, a long-time Warriors fan, echoed the sentiment as well as chipping in with her own quirky tid-bits surrounding Curry’s side.

Harris said she has a custom Warriors jersey that she keeps by her treadmill at home, calling it “a symbol of grit, determination and teamwork.”

She’ll have another one to add to her collection as she, alongside Biden, received another jersey on Tuesday. Hers had number one – making her the number one fan, she claimed – while Biden’s had number 46, being the 46th president.

Curry himself hoped he would find it hung up somewhere in the White House, before quickly moving on to congratulate Biden and Harris on all they had done to bring WNBA star Brittney Griner home, after her ordeal in a Russian state prison.

‘It means a lot to know that she’s here and home safe with her family,’ Curry said.

The team would get to settle themselves in for the evening, enjoying conversations, both serious and casual, as well as reflecting on the successes of last season and discussing everything they must do ahead.

Curry and co will look to replicate their previous feats as they seek to move into the play-in places of the summer playoffs.