Trainer Alan King believes Sky Sports Racing viewers could be in for “a real spectacle” as his star Edwardstone prepares to take on Energumene in an epic renewal of the Clarence House Chase at Ascot on Saturday.

Billed last year as the ‘race of the year’ with Shishkin and Energumene serving up a classic duel, the Grade One contest promises to offer up another thriller with King’s Arkle hero going head-to-head with the Irish raider.

The pair are battling it out at the top of the market for the Champion Chase at the Cheltenham Festival in March, so this weekend’s meeting is a chance for the pair to size each other up.

Trainer Alan King: “This is what we do it for, isn’t it? That is why I got hooked on racing as a kid – some of those great battles.

“Grade One races should be like that. It is what racing is all about.

“At least Energumene will be favourite. That takes a little bit of the pressure off, doesn’t it? Look, I can only worry about my horse really and try and get him there in top form and see what happens. It could be a real spectacle. 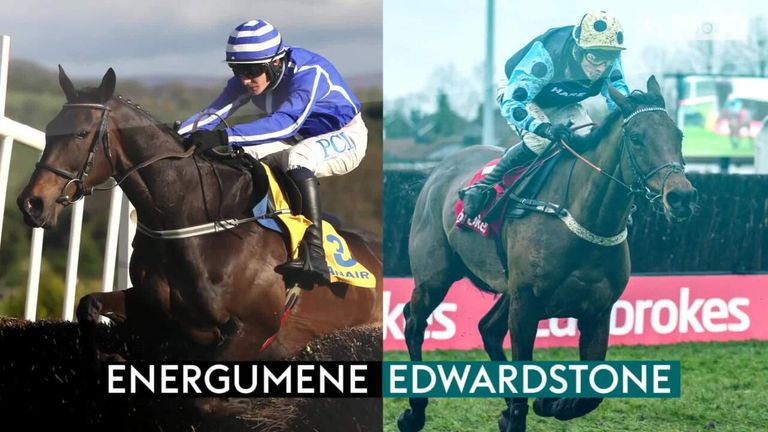 An in-depth look at how the key Clarence House rivals Edwardstone and Energumene match-up ahead of their mouth-watering clash at Ascot on Saturday, live on Sky Sports Racing

“Edwardstone has been 100 per cent since Kempton. He was very fresh beforehand even though it was only three weeks between there and Sandown. You are trying to do enough without overdoing them, and he’s just charged into it slightly.

“Normally, Tom (Cannon) and him get on so well, but it wasn’t to be that day. As you saw afterwards, he popped away and jumped around there loose very well. Let’s hope it was a one-off. He was A1 the following morning. He has had a couple of schools since and everyone is very happy with him.

“I don’t think Ascot will be a problem. We have always thought he is a horse that would get further if we wanted to and he was placed over hurdles at two and a half. I am not worried too much about the track. He is fairly adaptable and has won around all sorts of tracks really.”

Energumene vs Edwardstone: Their season so far!

“It was a bit of a blip the last day at Kempton. He was just fresh early and in two minds. He did very well to stand up in the end.

“He very rarely crosses his wires and hopefully he’s put that behind him now. He’s schooled a couple of times since.

“I’m hoping he can go to Ascot and have a good run.” 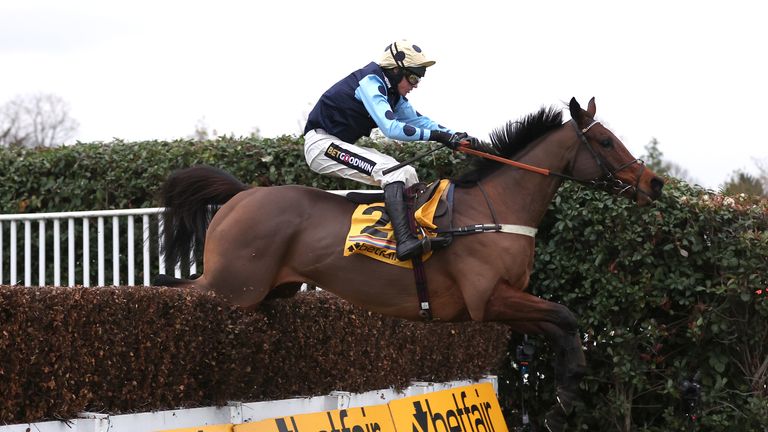 Cannon is hopeful of a big run from Edwardstone, with his Kempton unseat now behind him

Assistant trainer Patrick Mullins: “Energumene is in great form and has come out of Cork really well.

“Imran (Haider), who rides him out and looks after him, is delighted with him, so it is all systems go for Ascot.

“It is shaping up to be a great race with Edwardstone in there as well. He is last season’s Arkle winner and I was blown away by his performance in the Tingle Creek. It should be a proper race, just like last year.

“We had a good, hard race in defeat last year but it did not dent our chances in the Champion Chase and we are following the same route again this season.”