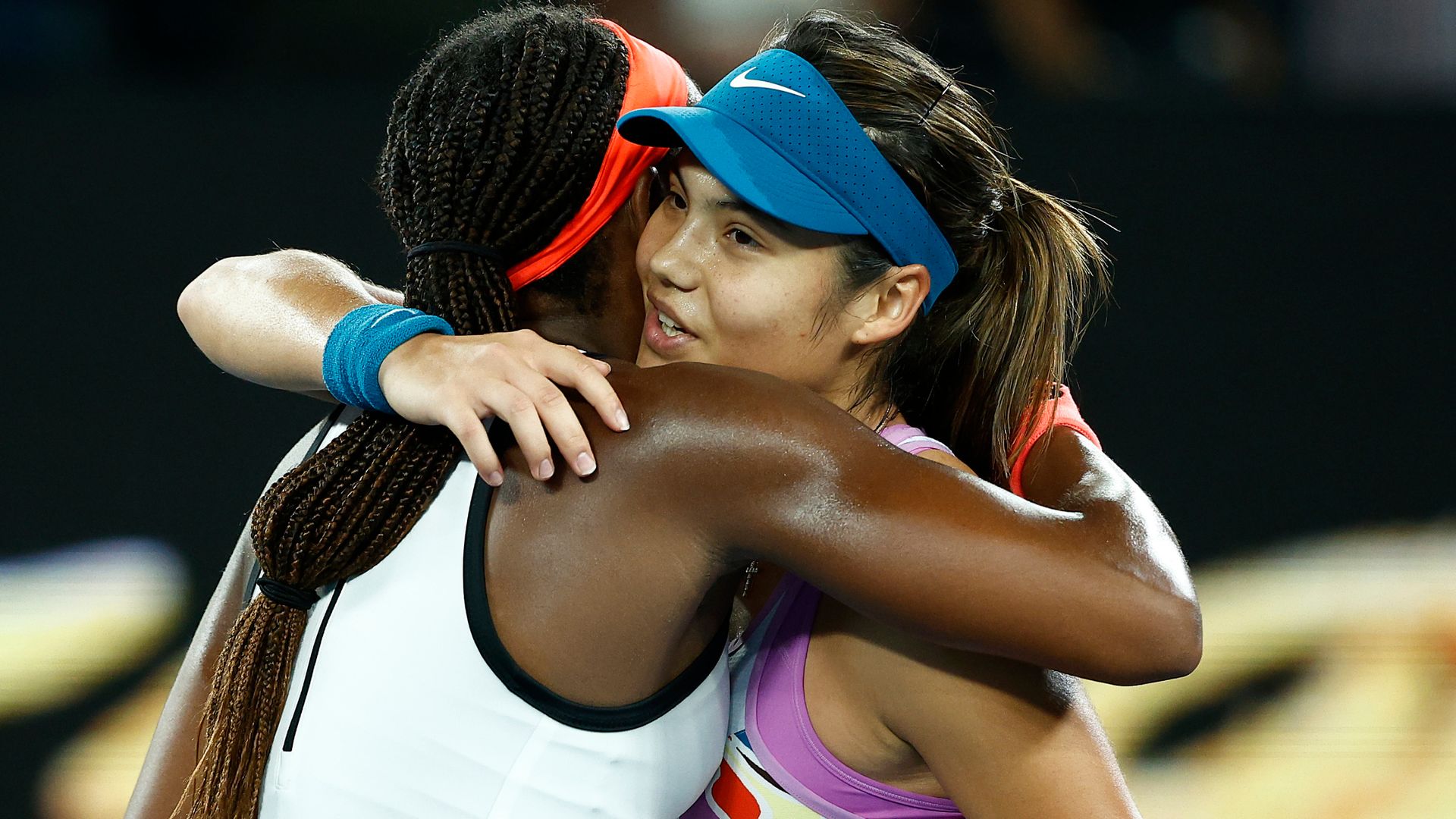 British No 1 Emma Raducanu pushed teenager Coco Gauff but fell short of an upset in the second round of the Australian Open on Wednesday.

Raducanu was trying to beat a top-10 player for the first time, and this was a contest of fierce hitting that produced sporadic moments of brilliance from both women – as well as a lot of errors.

The Brit, ranked 70 places below Gauff, grew into the match and was the better player late in the second set but was unable to take two set points and fell to a 6-3 7-6 (7-4) defeat.

Although she is more than a year younger than her rival, Gauff has a lot more experience after a steadier rise up the ranks and is one of the favourites to win the tournament.

Raducanu was again wearing tape on her left ankle as she walked out for her debut on Laver, which was covered on an inclement day in Melbourne.

She fell 0-30 down on her opening service game but battled back to hold. Gauff was then forced to save a couple of break points with some huge serving in the third game as both players settled into a captivating clash between two of the biggest stars in the women’s game.

The American, who reached her maiden Grand Slam final at last year’s French Open, broke for 3-1 but she quickly relinquished her advantage when a double-fault handed the initiative back to the Brit at the fourth time of asking.

Raducanu appeared to target Gauff’s forehand but she was missing forehands herself as more costly errors handed her opponent a 4-2 lead.

The 18-year-old made it three games in a row thanks to an impressive hold of serve to close in on the opening set.

Gauff, who arrived in Melbourne having claimed the Adelaide International title, saved three more break points when serving for the set before finally sealing it with a thunderous first serve.

Raducanu’s gameplan of pressing Gauff was backfiring, and she racked up a total of 21 unforced errors.

A second double fault from Raducanu gifted Gauff an early break in the second set. The world No 77 walked back to her chair holding her left abdominal muscle.

She appeared compromised by the stomach strain on serve but Gauff maintained her own focus to open up a 4-2 advantage with some more big serving.

However, in a dramatic turnaround, a horror game from Gauff handed Raducanu a break for 4-4 with the Briton quickly consolidating in the next.

Suddenly Gauff looked hesitant and Raducanu created two chances at 5-4 to force a decider, only to overcook a forehand on the first and dump a drop shot into the net on the second.

Gauff held on to force a tie-break and used her remarkable powers of defence to frustrate her opponent before clinching victory on her third match point.

The former US Open champion is yet to make it past the second round of a Grand Slam since her New York heroics but there should not be too much despondency at another early exit.