The club shelled out more than £10m on signings in the summer, but are yet to strengthen in the January transfer window.

Cantwell, 24, will be out of contract at Norwich this summer, while Swansea’s Whittaker, 22, was recalled by from a loan spell in League One with Plymouth earlier this month, but is yet to feature for Russell Martin’s side. 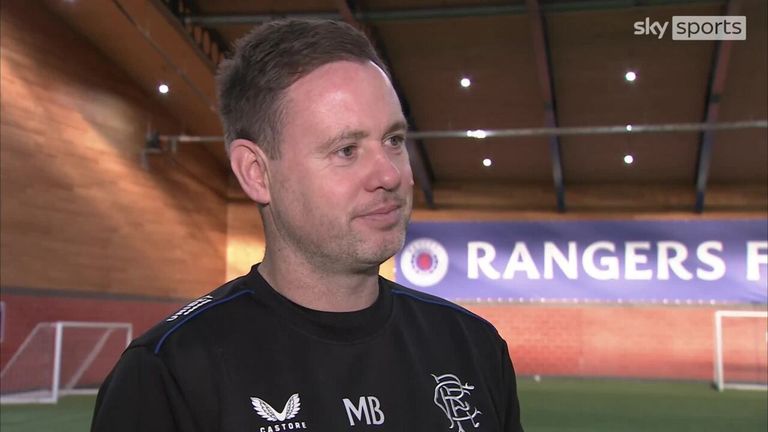 Rangers boss Michael Beale looks ahead to Wednesday’s match against Kilmarnock, live on Sky Sports, and provides an update on transfers at Ibrox.

Sky Sports News reported last week that an unnamed Championship club had made a bid for Cantwell, but that offer was rejected by the Canaries, with no further offers since.

“They are slightly at different stages of their careers, but they are two players we’re aware of that are good players and that will probably move in this window.

“Obviously I’ve got more insight to it than everybody else and I realise that the fans are really wanting new players in. We’re certainly working on bringing in the right ones and, as soon as we get some news, we’ll certainly send it outwards.”

“No news coming out [regarding transfers] doesn’t mean bad news. We’re all on the same page, we’re working away, we’re in the middle of the month and I’m really pleased with the way things are going.

Beale also gave an update on striker Kemar Roofe, who sustained a shoulder injury after scoring the extra-time winner against Aberdeen on Sunday, which set up a Scottish League Cup final with Celtic next month.

Speaking with a reasonable level of optimism, he said: “He has had a scan. He’s going to go and see somebody else for an opinion on that. He’s actually had the same injury on the other side earlier in his career.

“We’re just waiting for the full diagnosis in terms of time. It’s a sore one, but there’s nothing broken there at the moment.

“[It’s frustrating] for everybody. For Kemar the most, but for me, his team-mates and the fans as well because we know what a fantastic player he is.

“I thought it was an excellent finish. His movement in the build-up to come short… was fantastic.

“Kemar’s goalscoring record for Rangers is not in doubt, we just want him fit for a prolonged period of time. It’s a big shame that happened, but he had a huge impact in that game and took us to a final.”

Follow every Rangers game in the Scottish Premiership this season with our live blogs on the Sky Sports website and app, and watch match highlights for free.

Get all this and more – including notifications sent straight to your phone – by downloading the Sky Sports Scores app and setting Rangers as your favourite team.